Home/Column/Stethokarakala. A headwear with an interesting backstory.

Stethokarakala. A headwear with an interesting backstory. 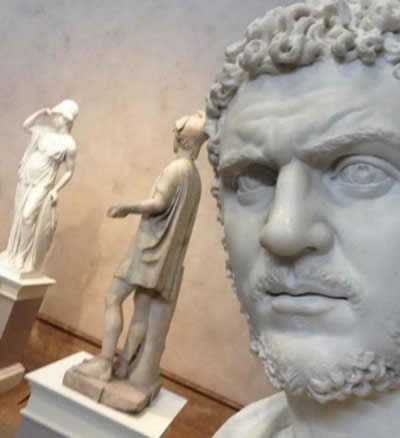 In the description of Byzantine wardrobe items there is one item, the explanation of the essence of which will undoubtedly be important for the reenactment community. One part — to envy, the other-to sew and use.

There is a mention of it in the English edition of the”Book of Ceremonies” by Constantine VII. 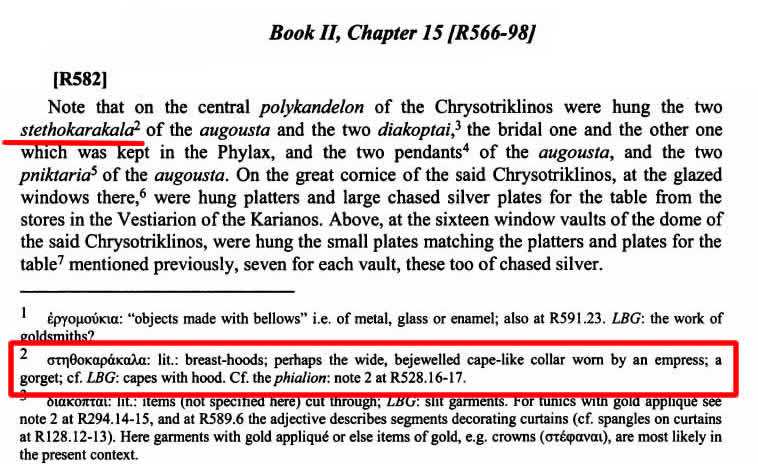 Caracalla Major and Minor are mentioned in the Edict of Diocletian. It is believed that the original caracalla was a tailored, short, fitted garment with narrow sleeves, often with a hood. The emperor dressed his soldiers in such a uniform, but soon extended it to the ankles.

Maria Mossakowska-Gaubert in “Tunics Worn in Egypt in Roman and Byzantine Times: The Greek Vocabulary” defines such a garment as the sticharokarakallion (στιχαροκαρακάλλιον) – a hybrid of the sticharion and the caracallion. The sources given to her echo each other describing the clothing with a hood.

The first part of the word stetokarakala is Greek and has been known to us since childhood, especially to those who have been ill a lot. Stethoscope, stethophone, stethometer – all these devices related to the study and measurement of the breast. Stetho (στηϴο) = ‘chest‘.

After when I, being a philologist, decomposed this concept into components, that was joyful and timely to read the confirmation of my theory in the article by Maria Mossakowska-Gaubert! She writes that for many centuries the word caracalla has not changed, also meaning a garment with a hood, but the look of clothing itself has mutated, as we are probably told by the prefix steto- / stefo – (στηϴο). From which we conclude that the stetokarakala is a hood that reaches the chest or covers the chest. Chest hood, or simply hood with a pelerine / cape. 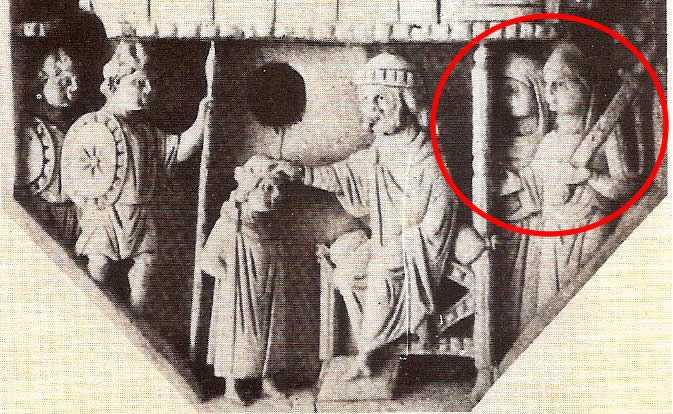 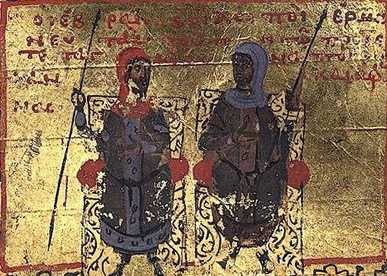 My pride was, however, a little startled by the fact that it turned out that Timothy Dawson had described this whole theory in his book “By the Emperor’s Hand” long ago. I realized this later, but I reassure myself by that I am going down the way of Popov and Marconi, and this is not the worst way in the world, ha-ha!