Home/Column/Exciting notes about one lamellar armour.

Exciting notes about one lamellar armour.

Now I would like to show you why the science workers (archeologists / historians/ etc.) need the reenactors / reconstructors. We who use the archeological finds in practice, in life – we often know better how things must be and this is not the 1st and last time when while visiting some museum we see that either things presented upside down or some descriptions given wrong or else.

The lamellar scales that were found in Minsk (Modern Belorussia / Western Rus in Earlu Medieval) published by Zagorulski E.M. in 1982. And he published the scale up with its “holed” side. Dont know why and God is his judge. Maybe he just published scales “in situ” = as found. 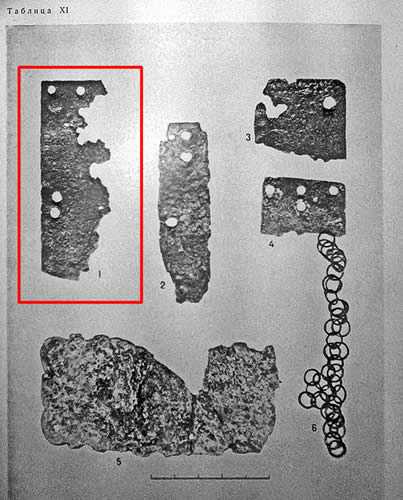 After that the scales were reconstructed by Belorussian historian Plavinski M.A. who wrote the article in 2001. The scales stay positioned the same way (notice that)! 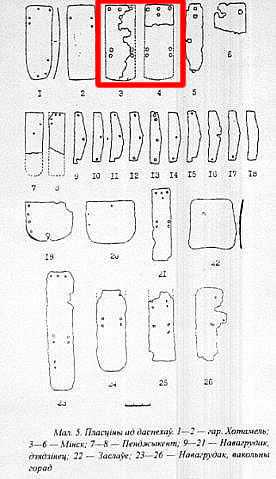 Ok! Next was the Belorussian historian Lupinenko J.M. in 2003-2004 who also wrote the article about armours, not just scales (!) and reconstructed the scale as he thought it had to be. Scale became longer and rightangled by analogy with the scales from settlements Hotomel’ (VII century AD.) and Novogrudok (XIII century AD.). But still nobody noticed that the scale was positioned in the way that is against the regular lamellar context! 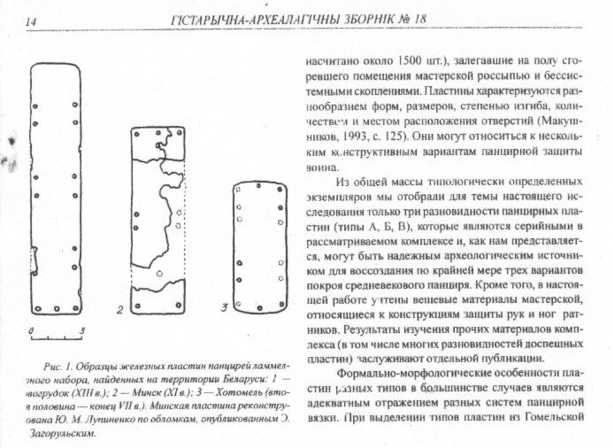 Let’s keep talking after getting this fixed. Ok, now the scale is oriented right (picture below). And I present you several versions of armour scales from left to right. So at the very left side there is the scale reconstructed by Jury Lupinenko. Number 1 is the remnant of one original scale which I outlined. Number 2 is the diagram itself. And Number 3 is the reconstruction of the ordinary arc-shape that is familiar & accustomed for reenactors. 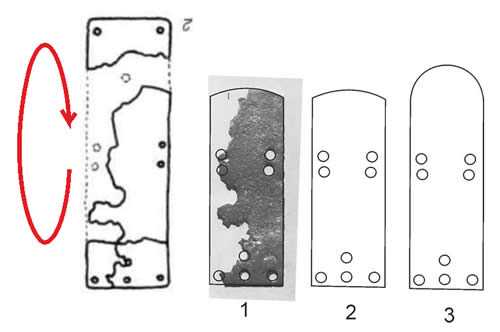 I noted from the very beginning when I have just seen the scale the 1st time that it was not so long because the edge looked like nornally bending on the top. Turning the scale from head to feet gives us a picture well-know to a versed reconstructor. Absolutelly canonical 2 pairs of side holes + 4 holes at the bottom. Enough to confix not long scale in the row.

Somebody may say: No, it’s really not necessary that scales must be positioned this way up. Sure! They also may be positioned upside down – for example as some kinds of reconstructed tassets / spaulders. But this is not typically for the lamellar!

And what will you say looking on the reference picture? Seems that they depicted all the scales headfirst, those honored diggers of history. They cannot be all the scales of tassets, right? Yes I know. 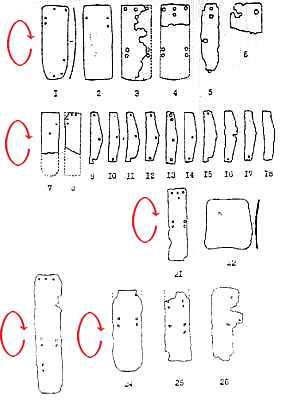 Later Mr. Lupinenko confessed in private that his reconstruction was not correct. When he got the admission to this one most undamaged original scale and could touch it in person, he realized that the edge that seemed to be broken was not broken in fact. That was just a lightly rounded edge. So the previous reconstruction of the scale turned out to be wrong. The history of the learner who invented smth fresh after the teacher haven’t happen. 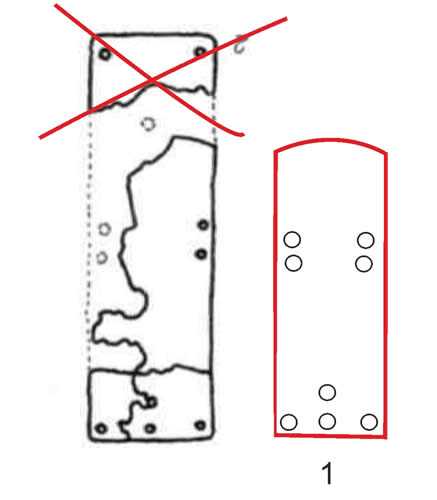 So now we claim that scales of the Minsk lamellar are oriented this way – with 2 pairs of side holes and 4 holes at the bottom. Apropos this unites them with other Rus & Bulgaro-Byzantine finds. But the slight rounding of the upper side differs the scale from the variety of examples with prominent arched top. And the dimensions I had reconstructed also by taking advantage of  some graphycal software. 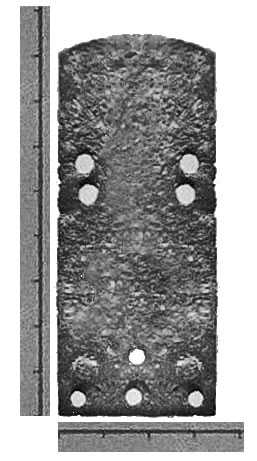 The scales is 35 mm at the bottom and 85 mm at the side. They could constitute such rows, tied with leather laces, hanging one over each other, being a flexible, movable but strong armour because of overlaping of scales in rows and the vertical overlap of rows.

It’s nice to have the opportunity of an experiment, the possibility of building the armour or garment or any artefact from the Past basing on archeological finds and your own knowledge / experience gives an unbelievable feeling of the omnipotence (joke). Every time it is the act of art. But the the basement of science. The combination of art and science! This is the definition of the historical reconstruction which is also called the “experimental archeology”. He-he.

And you may meet the results of the mental and physical work of Russian reconstructors of history here: 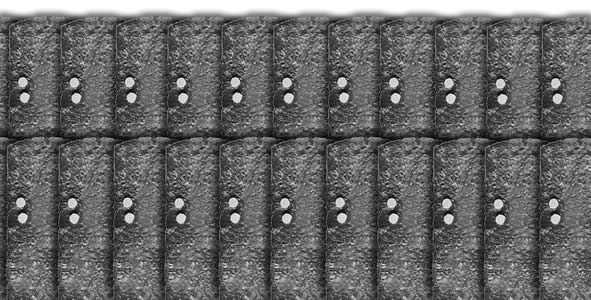