Home/Column/About the Byzantine decorated belts with moulds and strap ends.

About the Byzantine decorated belts with moulds and strap ends.

The story is short. We know very little about the decorated belts in Byzantium in X-XII century. I mean that we have many buckles of common Byzantine look, best of all studied in the works of Mechthild Schulze-Dörrlamm. Also we have rather many strap ends ad even several kinds of belt moulds but… only till the 7th-8th centuries. After that we have no archeological finds of a belt moulds which could be called pure Byzantine / Greek. Surely there are many full belt sets (even with Byzantine buckles) but the moulds are either Bulgarian or Magyar or Khazarian or else… For example:

We see the belts already in 6th century, even with the additional vertical decorative tail-straps which usually were adorned with moulds and strap-ends. 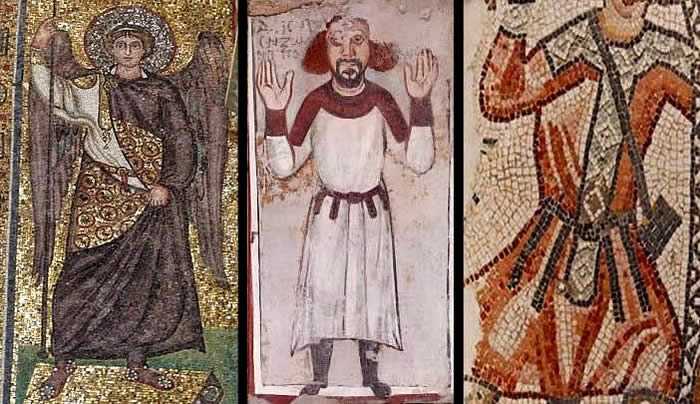 And surely we see the decorated belts on in the neighbouring Sogdian/Persian art. 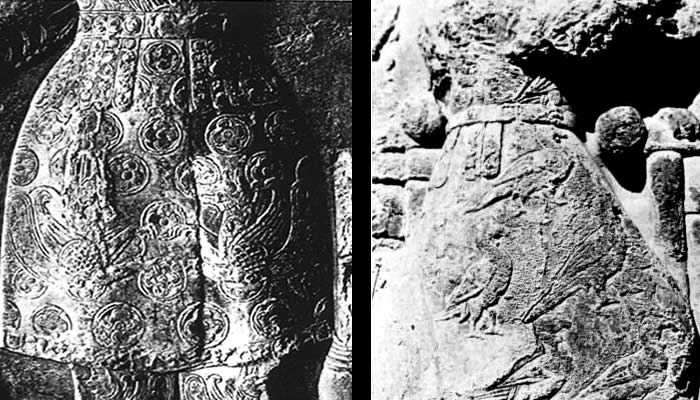 We see them in the 8th century. The donator of a church wears the belt with several strap ends. 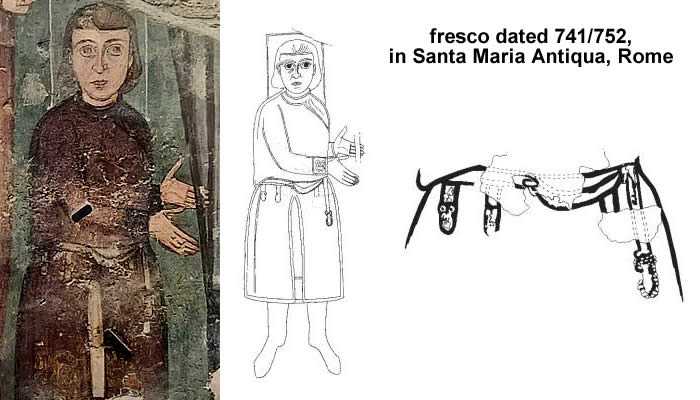 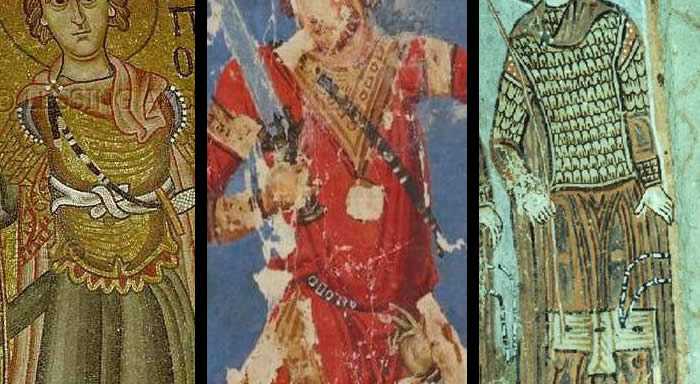 And again belts from sources of 10th and 14th century. 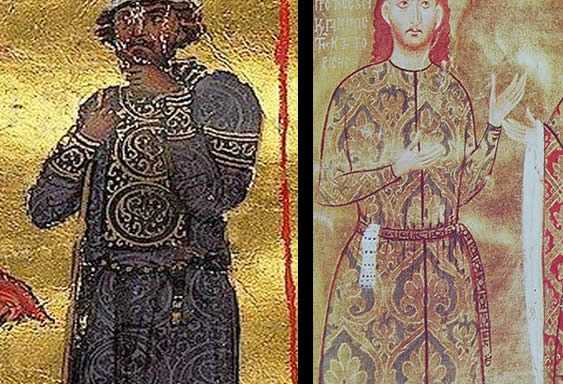 So they were in use and the actual difficulty is only the lack of finds (remember I am speaking only about the 10th-11th century as this is my reenactment period). Maybe (!) I simply do not know where to search or do not know the right literature… But my aim was to make the belt. And I decided to find some easy moulds not screaming they belong to Khazarian or Avar style. I looked the museum colections and also around the Byzantine oecumene and my attention was attracted by these studs, already known sort of buckle and the belt loop from Crimea and Bulgaria:

And soon I got what I wanted.

Maybe I made a wrong choice. But borrowing of attractive stuff was the realm of the past. This is how I soothe myself until the scientists will find and publish something what fits the Byzantine inhabitant for 100%.